The M52 Is Elegant, Sophisticated, and “As Demure As A Highly Conspicuous Luxury Yacht Can Be” 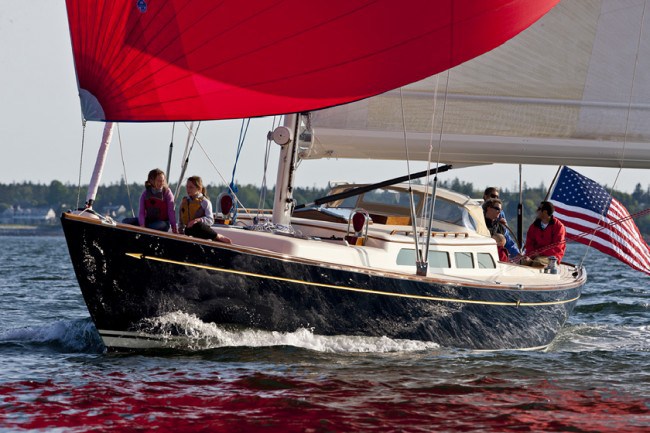 The M52 is like a Bentley or a Rolls Royce—sophisticated, elegant, luxurious, and built to the highest standards. And I was reminded of this recently while reading Ian Parker’s classic profile of Apple’s design genius Jony Ive in the New Yorker.

Parker writes: “‘There are some shocking cars on the road,’ Ive said. ‘One person’s car is another person’s scenery.’ To his right was a silver sedan with a jutting lower lip. Ive said, quietly, ‘For example.’ As the disgraced car fell behind, I asked Ive to critique its design: ‘It is baffling, isn’t it? It’s just nothing, isn’t it? It’s just insipid.’ He declined to name the model, muttering, ‘I don’t know, I don’t want to offend.’ (Toyota Echo.)

“We were in Ive’s black Bentley, which is as demure as a highly conspicuous luxury car can be.”

That’s it. That’s what the M52 is—“as demure as a highly conspicuous luxury yacht can be.” 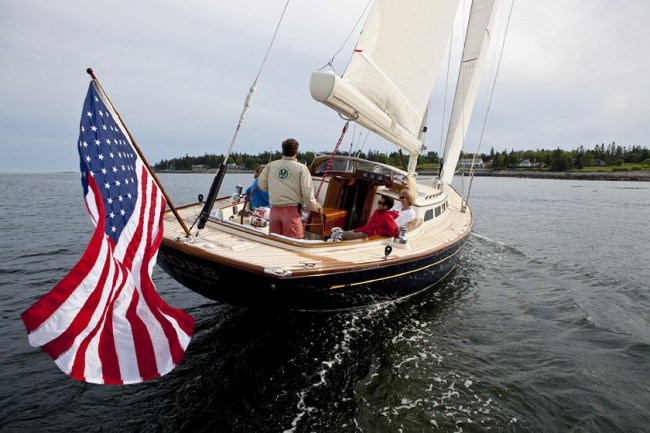 And who doesn’t love a 52-footer that’s just too sexy for lifelines?

But you needn’t worry about safety. When I asked Morris Yachts’ Ambassador Cuyler Morris the obvious question “Where are the lifelines?” his answer explains exactly what it means to own a yacht that is “as demure as a highly conspicuous luxury yacht can be.”

“All of our MSeries boats just look so good without them,” he said. And who could disagree? Besides, stanchions and lifelines can be easily added to installed stanchion bases, he notes. Sure, there are plenty of situations (going offshore or racing when you need them for safety), but having a choice to leave them off while leisurely daysailing and then pop them in for any serious sailing is pretty sweet too. 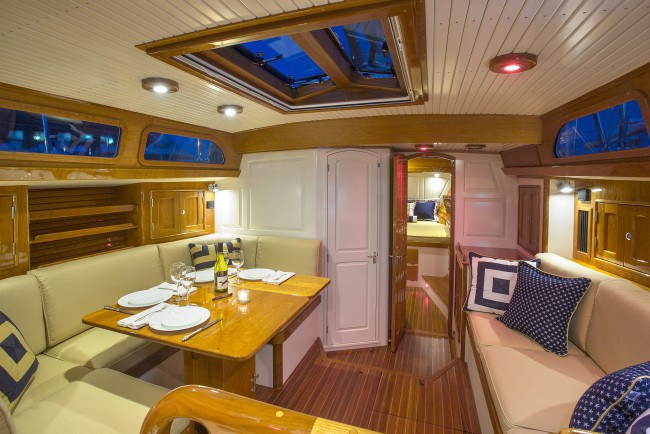 Close attention to aesthetics is a recurring theme with Morris, but never at the expense of function either below decks or above. Sheets and other control lines are led under the deck to keep the topsides free of clutter. The sleek-looking bow benefits visually from the recessed, electric-powered jib furler. And this highly varnished instrument panel is pretty Bentley too, no? 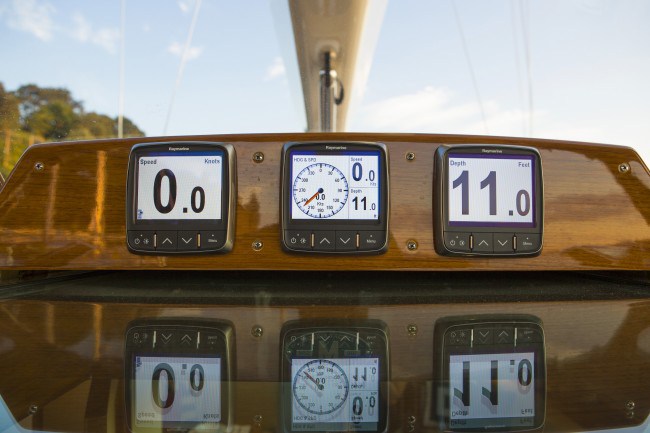 Anchor gear gets the same detailed treatment. Instead of a conventional double anchor roller, there’s a highly engineered, gas spring-powered system that allows the 75-pound anchor and stainless-steel bow roller to retract easily into a large locker just aft of the furler. 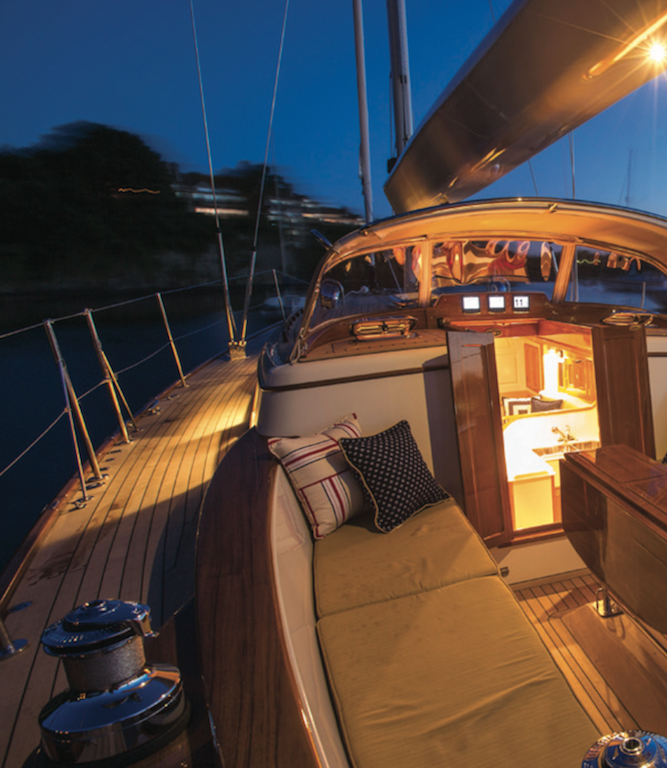 With it, you can have the best of both worlds: the boat looks better without having an anchor banging around on the bow when you’re not using it, yet the ground tackle is super easy to deploy when you do.

As you can see, the M52 may be the flagship of the line but, the fact is the entire line of Morris Yachts are “as demure as highly conspicuous luxury yachts can be.”